With New Study, NASA Seeks the Science behind UFOs

On June 9, with only a few hours’ notice, NASA held a press conference to announce a study it was commissioning on unidentified aerial phenomena (UAPs). The acronym is a rebranding of what are more popularly known as unidentified flying objects, or UFOs, a topic usually associated with purported extraterrestrial visitations and government conspiracy theories. The question on the public’s mind was why one of the U.S.’s premier scientific agencies was getting involved in something often considered to be at the farthest fringes of respectability.

Yet the pronouncement also fit in with the suddenly more open-minded zeitgeist regarding UAPs. Last year saw the publication of a much-anticipated report on the Department of Defense’s own investigations into the subject, following the release of first-person accounts and video from U.S. fighter pilots claiming to show encounters with strange objects in the skies. High-profile coverage in mainstream media and open congressional hearings about UAPs have kept the matter circulating in the public realm. A month after the Pentagon’s report came out, theoretical astrophysicist Avi Loeb, former chair of Harvard University’s astronomy department, announced a private initiative called the Galileo Project, which is aimed at searching for potential evidence of alien technology here on Earth.

What NASA can bring to this discussion is as yet unclear. The agency has set aside a slim $100,000 for the nine-month study—less than the typical funding it provides for exploratory studies of unconventional technologies such as space telescopes with kilometer-scale mirrors or interstellar probes propelled by giant laser beams. Helmed by the well-respected Princeton University astrophysicist David Spergel, the investigation intends to identify existing and future data sets scientists could use to advance their understanding of UAPs. Even if it uncovers little of interest, the study’s existence suggests that something the agency once avoided talking about at all costs is on the cusp of becoming an appropriate topic of inquiry.

“There’s no question you have a lot more voices in scientific and academic circles who are willing to be public and say this is a legitimate enterprise,” says Greg Eghigian, a historian at Pennsylvania State University, who is writing a book about UFO sightings.

NASA’s unexpected UAP announcement is perhaps a bit less surprising in hindsight. The agency’s current administrator, former astronaut and senator Bill Nelson, told reporters last year that he was sure U.S. pilots who reported mysterious encounters “saw something, and their radars locked onto it.” The Office of the Director of National Intelligence and the Office of Naval Intelligence officials behind the Pentagon’s UAP task force had previously spoken about involving multiple branches of government in their investigations, Eghigian says. “NASA was one of the agencies mentioned,” he adds.

Yet exploring enigmatic incursions into American airspaces arguably makes more sense as a project for the military than one for a civil space agency. After all, these unidentified objects—if they exist—might be terrestrial in origin, perhaps constituting evidence of advanced Russian or Chinese aerospace technology rather than anything from beyond Earth. NASA’s study is aimed at categorizing data from Earth-observing satellites and other monitoring instruments that may have picked up some sliver of information relevant to such phenomena to see if there is anything whatsoever the agency can say about their nature. NASA already collects extensive information about the atmosphere using a suite of orbiting probes such as Terra, Suomi National Polar-Orbiting Partnership (NPP) and CloudSat, any of which may have picked up incidental data that could help identify UAPs.

“We have the tools and team who can help us improve our understanding of the unknown,” said Thomas Zurbuchen, associate administrator for science at NASA, in an official statement. “That’s the very definition of what science is. That’s what we do.”

In this, Zurbuchen sounds not unlike Loeb, the most high-profile researcher presently pursuing such inquiries. Loeb had in fact approached NASA about investigating UAPs and sent Zurbuchen a proposal last summer to use telescopes and other instruments to hunt for transient celestial events that might be relevant to the existence of unknown aircraft. He expressed annoyance upon learning that the agency had set up its own independent commission in which he wasn’t involved.

“To me, it’s really a contradiction,” Loeb says. “If there is someone pursuing the research agenda that you’re trying to study, why wouldn’t you collaborate with that person?”

Given that he is the head of the Galileo Project, which has overlapping aims, Loeb was told by NASA that it would be a conflict of interest to have him participate in the agency’s new endeavor. He eventually made peace with the issue. “What matters is the truth,” he says. “It doesn’t matter who tells it. I’m happy that I’m not alone.”

The Galileo Project has recently finished assembling its first telescope instruments on the roof of the Harvard College Observatory, which will begin capturing data in the coming weeks that might speak to the reality of UAPs (or not). Earlier this month, the collaboration held its first in-person conference, where Loeb presented the team’s initial year of progress and plans for the future. There are also 10 scientific papers in preparation from different team members regarding the workings of their telescope, which will be publicly available after they go through peer review.

Loeb is currently pulling together funding to go after the fragments of a roughly breadbox-size meteor named CNEOS 2014-01-08 that crashed off the coast of Papua New Guinea in 2014. Based on the speed at which it entered Earth’s atmosphere, a screaming 162,000 kilometers per hour, Loeb and his student Amir Siraj proposed that the space rock came from another star system (a hypothesis supported by subsequently declassified U.S. spy-satellite data). That pieces of such a small object didn’t entirely burn up suggested to Loeb and Siraj that it was made of a material tougher than iron.

“It makes me ask the question whether it was natural or artificial in origin,” Loeb says. He would like to lead an expedition to trawl the ocean floor with a magnet in an attempt to pick up pieces of what he believes could be an alien spacecraft.

That there are now multiple research projects investigating a formerly scorned subject speaks to how much the scientific landscape has shifted in recent years. “The way NASA has approached the UFO/UAP stuff over the decades, I think a generous and polite word would be ‘cautious,’” says Kate Dorsch, a historian of science at the University of Pennsylvania. The agency went to great lengths to make clear that no credible evidence exists for a linkage between UAPs and putative aliens, and even the level of funding dedicated to its new study implies that it’s not ready to do more than dip a toe in the murky waters around this matter. “$100,000 is a pittance,” Eghigian says. “I’m not sure, for a serious project, what you can do with $100,000.”

At the same time, talking about the possibility of life elsewhere in the cosmos no longer seems as outlandish or disreputable as it once was. Scientists of all stripes regularly draw up plans for probes to look for microbes on planets and moons in the solar system, and they have used their telescopes to search for chemical evidence of living ecosystems on worlds orbiting distant stars.

“I think the UAP stuff is emerging in a climate where we are already discussing life in the universe in a new way,” says Adam Frank, an astrophysicist at the University of Rochester. “Now that the ‘giggle factor’ for the scientific search for life in the universe has gone down, it’s possible this also makes it easier for people to discuss UAPs.”

Accounts of unidentified phenomena often include claims associated with extremely low standards of evidence, such as out-of-body experiences, alien abductions and crop circles, says Jacob Haqq-Misra, an astrobiologist at the Blue Marble Space Institute of Science. “When you lump all that together, I see why some scientists dismiss it all,” he adds. But focusing on eyewitness accounts from esteemed pilots convinced they saw something—accounts often backed up by sensor data—has allowed him to recognize to that there might be something concrete for scientists to investigate, even if the culprit ends up being mundane instrumentation problems.

“If you don’t care about it personally as a scientist, that’s fine.” Haqq-Misra says. “But to pretend like it’s not something interesting—that doesn’t help.”

Some might worry that NASA’s reputation could be sullied by becoming associated with a notoriously pseudoscientific subject or that nothing the agency says about this matter will ever satisfy true believers. “The danger is that NASA will not find anything, and people will be like, ‘Oh, NASA is in on the conspiracy. NASA’s not telling us what’s true,’” Frank says. But he also thinks there’s an opportunity for the study to spark a teachable moment about the process of science and how it investigates the world.

“Science only works because we have this rigorous means of evaluating our own biases,” which involves being willing to scrutinize “your claim that you know what you know,” he says.

By their very nature, UAPs point to events slightly beyond our understanding. They exist at the edges of the known, a realm that science is particularly adept at tackling. The proliferation of projects to investigate UAPs suggests that perhaps some researchers are willing to take a more relaxed attitude toward a subject that was formerly off-limits. But even increased scrutiny seems unlikely to entirely get rid of the questions surrounding them.

“Until somebody builds a perfect system that captures all data at all times at all levels of detail,” Dorsch says, “some of these UAPs are just going to evade knowing.”

Are Cloud Outages the Cost of Choosing Price Over Resilience? 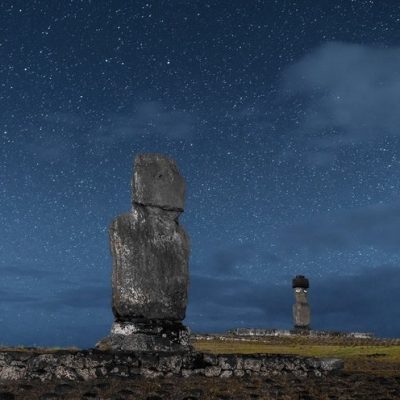 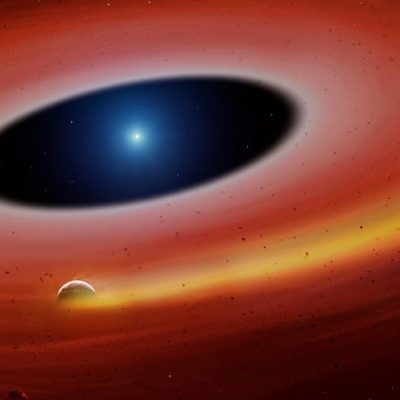 How Taking Pictures of ‘Nothing’ Changed Astronomy 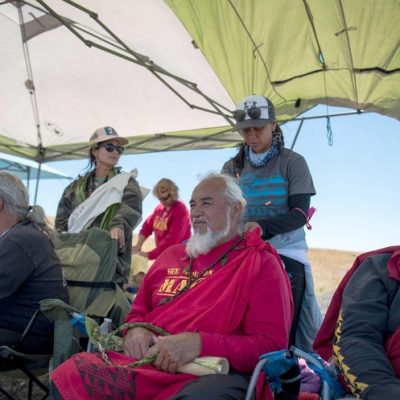