Jim Lovelock (never ‘James’) is remembered as the father of the Gaia hypoth-esis: the idea that Earth is a self-regulating living organism. Few accepted his argument that this should be elevated to the status of a theory, even though it generated predictions about environ-mental changes that were borne out by subsequent observations. As a heuristic model, however, Gaia profoundly influenced thinking about the environment and how we interact with it, giving rise to the field of Earth-system studies.

Lovelock was primarily an inventor, spending most of his career as an independent scientist funded by the income from his inventions and therefore free from the constraints of an academic post. His thinking about environmental issues stemmed from observations made with his inventions. His most notable device was the electron capture detector, which ‘sniffed out’ traces of compounds in the air. This unexpectedly revealed the spread of chlorofluorocarbons around the globe and the build-up of the pesticide DDT in the environ-ment, leading to restrictions on the use of these substances.

He was working as a consultant for NASA’s Jet Propulsion Laboratory in Pasadena, California, in 1965, when French astronomers reported infrared spectra showing that the atmosphere of Mars consisted mainly of carbon dioxide in stable equilibrium. He realized that Mars must be ‘dead’, because life can exist only in systems far from equilibrium, feeding off a flow of energy. He inferred, with biologist Lynn Margulis, that living things determine the atmospheric composition of a living planet such as Earth and maintain conditions suitable for life through feedbacks. The pair published the idea in 1974 (J. E. Lovelock and L. Margulis Tellus 26, 2–10; 1974), the year that Lovelock was elected a Fellow of the Royal Society. His legacy is enshrined in the now-standard idea of searching for signs of life on exoplanets by studying their spectra — the Lovelock test.

Lovelock was born on 26 July 1919, the result, he believed, of his parents’ celebration of the end of the First World War on 11 November the previous year. He grew up in Brixton, then a poor area of south London. Deprived of educational opportunities themselves, his parents pushed him into a grammar school, which he hated. He preferred to study popular books such as James Jeans’s 1928 Astronomy and Cosmogony. To the irritation of his teachers, he did well in exams despite refusing to bow to authority. He was determined to become a scientist, but what he later described as ‘numerical dyslexia’ meant he couldn’t handle the mathematics required for physics, his first choice. He turned to chemistry instead.

Unable to afford university, he took a job with a photographic chemist, but attended evening classes at Birkbeck College, London, working towards a degree in chemistry. When this course was suspended after the outbreak of the Second World War, Lovelock obtained a place at what is now the University of Manchester as a full-time student, subsisting on a grant of £60 (around US$1,300 today) from the Kent county council and £15 per year from a charitable trust. Graduating in 1941, he was offered a job as a technician at the National Institute for Medical Research in London.

He was told to study the effect of heat on skin by exposing shaved rabbits to heat radiation, but preferred to burn himself. He found that after a week or so of repeated exposure, the pain became merely a sensation of pressure — but the area of arm he used in the study remained insensitive for the rest of his life. For the next two decades, his working life followed a conventional pattern, which he later described as a 20-year apprenticeship. This included an investigation of how common colds spread; cryonic experiments involving freezing and reviving hamsters; and advising on a BBC play, where his suggestions for sound effects encouraged the formation of the BBC Radiophonic Workshop and, he claimed, thereby helped to inspire the original theme for the television series Doctor Who.

By the mid-1960s, he was an independent scientist (in both meanings of the term), consulting for organizations such as Shell and NASA; it was the latter work that led to the Gaia idea. Lovelock developed this concept over the next decade. It gained little attention until he published his first book, Gaia, in his 60th year, 1979. This reached a wide audience thanks not only to Lovelock’s ideas, but also to his accessible style.

Instead of a quiet retirement, Lovelock embarked on an essentially new career, promoting the idea of Gaia, developing the model and, to his dismay, becoming revered by hippy ‘environmentalists’ who thought that Gaia would ‘protect us’. He responded that “the best thing for Gaia might be to get rid of us”. He was particularly thinking of global warming, on which he acted as an informal adviser to UK prime minister Margaret Thatcher in the late 1980s. He strongly supported nuclear power as an alternative to fossil fuels.

Helen (née Hyslop), his wife of 47 years, died in 1989. In 1991, he married Sandy Orchard, planning to settle down to a quiet life that included walking, in stages, England’s 1,000-kilometre South West Coast Path. Instead, the threat of global warming prompted him to write The Revenge of Gaia (2006) to argue that Gaia was now in crisis. He continued to travel around the globe to promote this message, and began to slow down only after his 90th birthday. Even then, he hoped to take up entrepreneur Richard Branson’s offer of a flight in the Virgin Galactic space plane, only to give up the dream on the advice of his doctors. He remained active into his 100th year. His final book, Novacene (2019), argued that humans will be supplanted as the guardians of Gaia by artificial intelligences that might, if we are lucky, keep us as pets.

This article is reproduced with permission and was first published on August 3 2022. 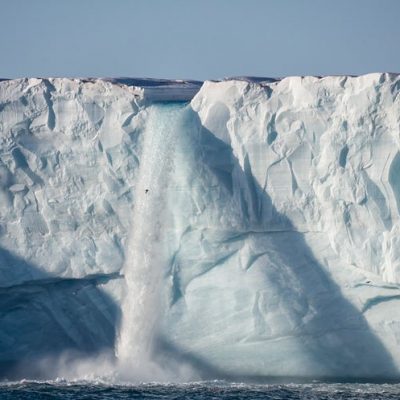 The Arctic Is Warming Four Times Faster Than the Rest… 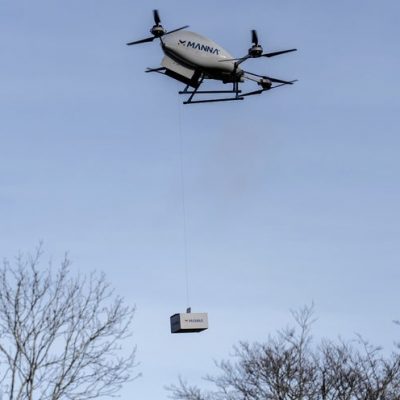 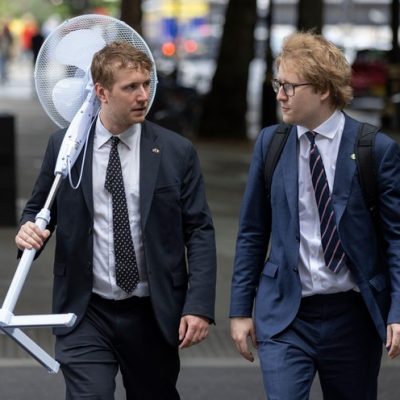 Last Month Was among the Hottest Julys Ever Recorded 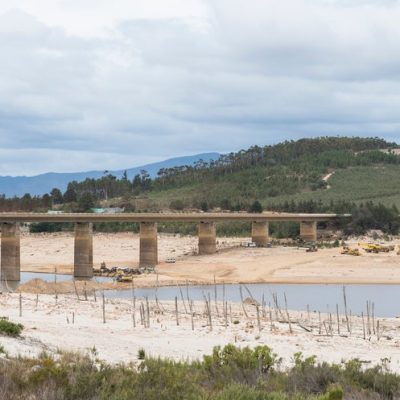